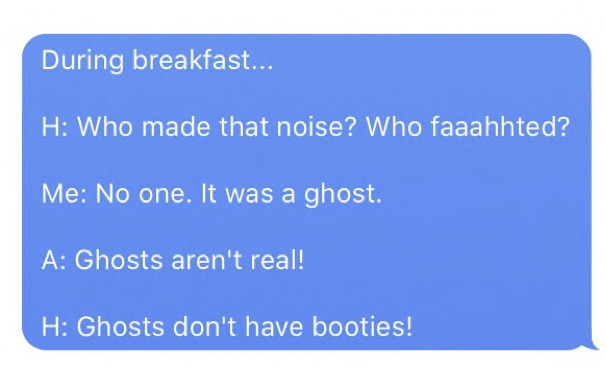 Sometimes my kids’ logic is so sound I don’t even try to argue. 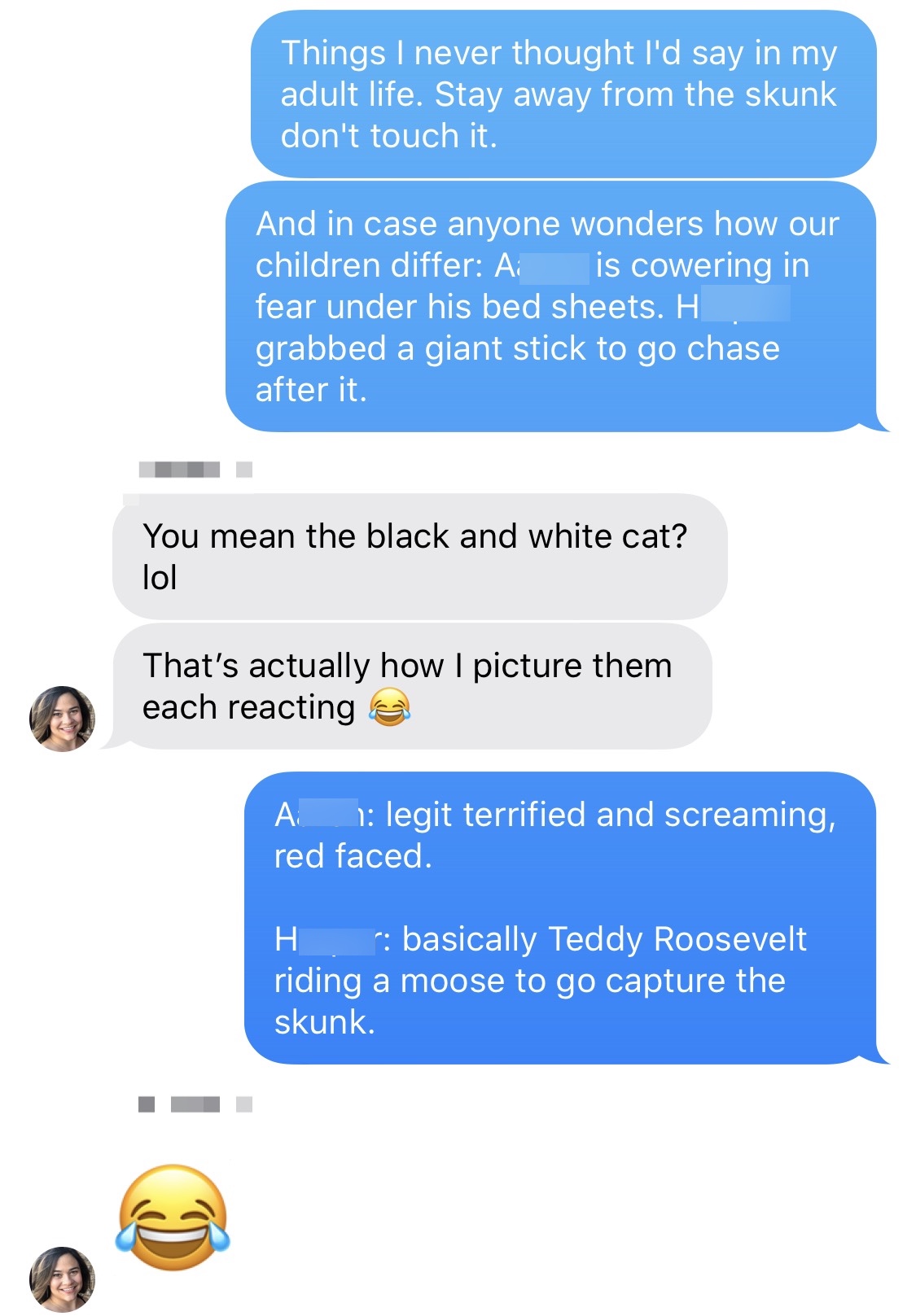 My office is across the hallway from my son’s room. When he was little, during the Dark Times, I would be so afraid of waking him, that when I’d feel a cough coming on, I’d run out of my office, through the bedroom, into the bathroom, into the walk-in closet, and bury my face in my hanging shirts and cough as quietly as I could.

Sometimes, when I’m rocking my kid to sleep and my nose itches, I’ll gently scratch it on the back of his head.

As any veteran parent will tell you, your kid’s poop comes in stages. Newborn poop, baby poop, and then grown-up poop. The first time my wife was out of the house and I had to change a real dirty diaper, I gagged so hard I went blind for five seconds.

My kid is only eight months old. But sometimes I find myself literally bouncing off the walls imagining who he’ll be and what he’ll look like when he’s five years old, ten years old, graduating highschool. I know that so much of the fun of having kids is watching them grow up and experiencing them change from day to day, but if someone offered me a photo of him at twenty-one, I’m not sure there isn’t a price I wouldn’t pay to sneak a peek at the man he’s going to become.

On the other side, I wonder quite a lot about the sort of dad I’m going to become.

As I sit here typing this post, at the table next to me is a family eating lunch. Their seven year-old keeps complaining about the bagel he’s eating. He ordered cinnamon but now wants chocolate chip. It’s too hot. I want to spread my own cream cheese. His father is getting frustrated and threatening to send him outside.

My kid is still at the wonderful stage where all you can do is be awed by him, laugh with him, and get frustrated when he won’t stop crying. But I certainly can’t get mad at him yet – he’s still without fault. But how will I react when he’s older and on my last nerve after a long day?

No comments to show.